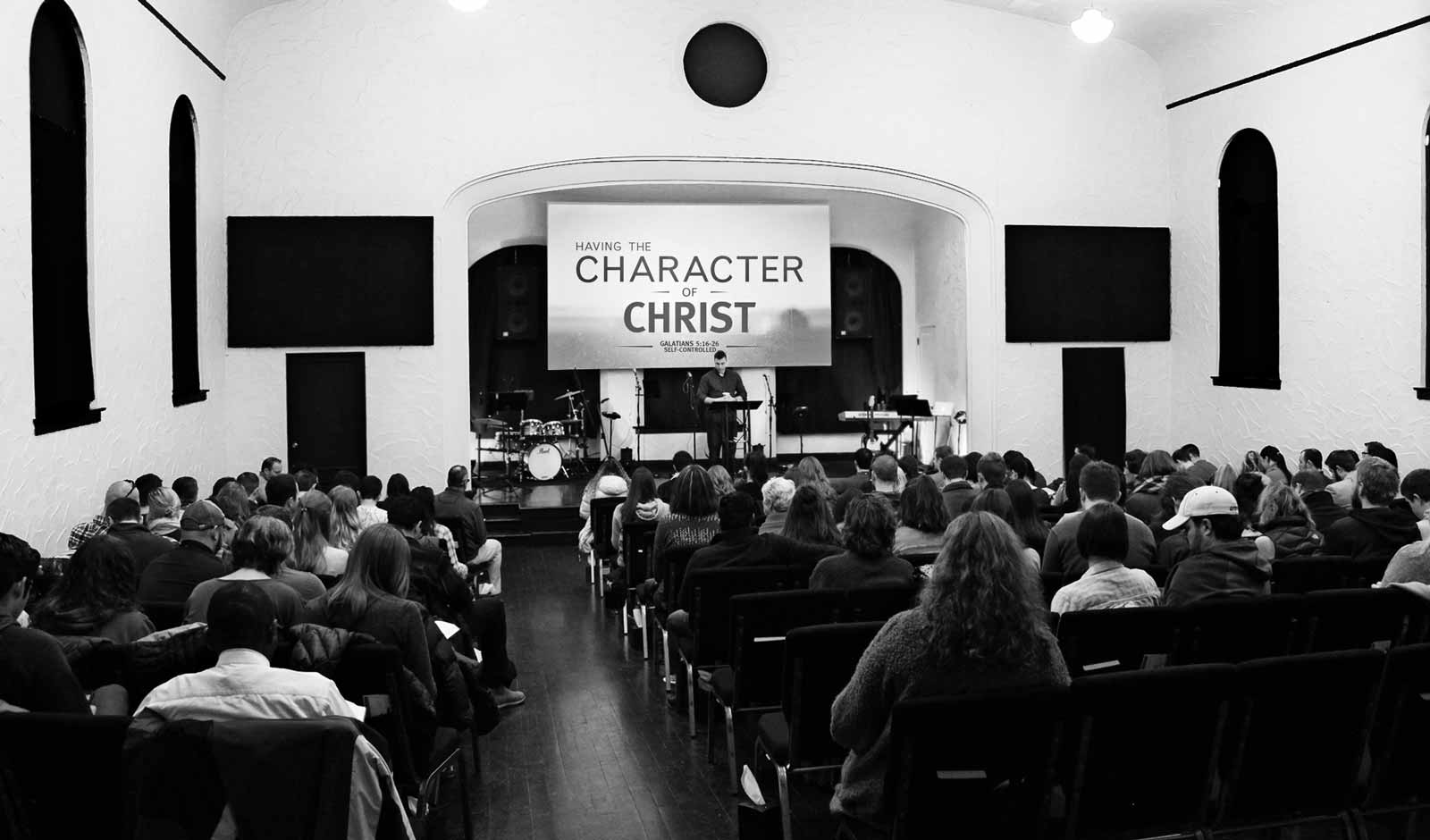 WHO WAS THE LEAD PASTOR OF HILLS CHURCH WHEN THESE REVIEWS WERE WRITTEN?

MY RELATIONSHIP WITH GOD WAS IRREVERSIBLY DAMAGED 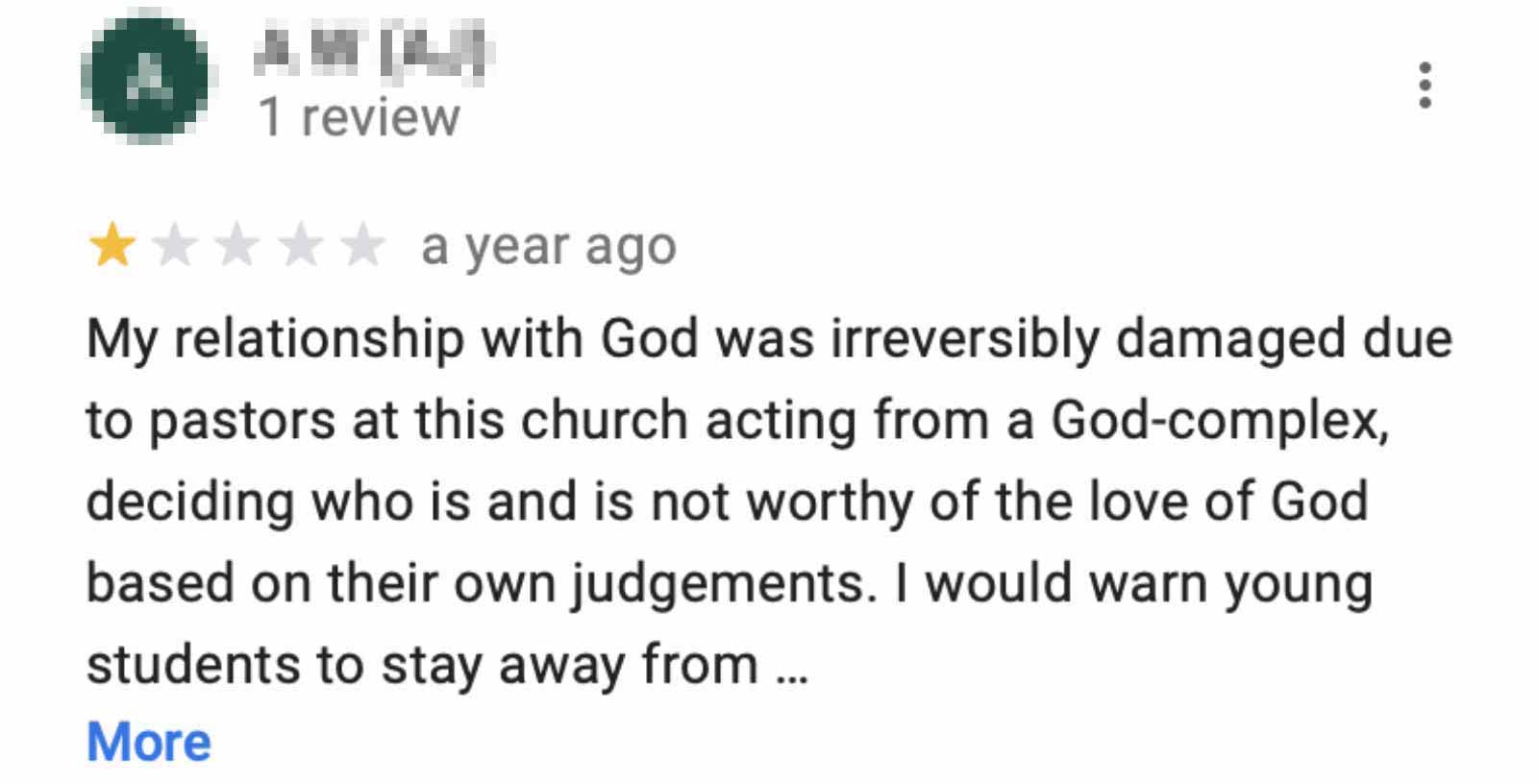 Pastors within The Network rarely make public comments, however, this 2020 review includes a public response from Ern Menocal, lead pastor of Hills Church. In his response Ern calls the authenticity of this post into question, accusing the reviewer of falsifying their experience.

While Ern's allegation could be true, the reviewer's story—and Ern's response—all fit a well-documented pattern of denial, attack, and reversal of victim and offender, consistent with several stories submitted to LeavingTheNetowork.org and elsewhere. Ern's response also reveals how closely attendance is monitored for small groups, events, and serving teams (a Network practice we list under the "Demand for Purity" section of our "8 Signs of a Dysfunctional Church" article).

If you have information regarding the incidents described in this review please email [email protected].

My relationship with God was irreversibly damaged due to pastors at this church acting from a God-complex, deciding who is and is not worthy of the love of God based on their own judgements. I would warn young students to stay away from this community if they're in need of faith exploration and not just indoctrination.

Lead pastor Ern here. Grieved that I or any staff pastor would ever have that effect on a member or visitor of Hills enough for them to leave as hurt as you appear. I hope my reputation, and the reputation of our staff pastors of the overall treatment of our members, visitors, friends, and very public bible preaching over the last 8 years at Hills speaks to the extreme contrary of your experience or judgment.

I do not want to minimize your hurt though. If there is any way to reconcile I'm more than willing to sit down and talk, and if necessary, repent for wrongdoing to you. It seems like you know where and how we can be reached if thats desired. I've not had any of my overseers, fellow pastors, members, or anyone tell me anything like this personally as I've tried to lead faithfully over the last 16 years as a pastor, and I am willing to be corrected if appropriate.

I trust Jesus would bring truth to light if there was anything in darkness about my or our conduct or character. Yours respectfully, Ern Menocal

After starting mental health therapy for the first time, to try to heal from the harmful things done to me at Hills, I met with the offending pastor to try to reach reconciliation. Instead of acting in compassion and humility, he denied that he had ever done anything and instead tried to tell me that I must have "misheard" and ignored the painful truth that I was sharing - I was told that God's love is not for me.

I feel no need to continue exposing myself to your harmful rhetoric by engaging in conversation. My intention was to put up a warning that I wish were here when I was looking to explore churches in Pullman.

You can stand on years of no one saying anything to you directly because you’re a spiritually powerful man who works in a position of power over people. But “Suppose one of you has a hundred sheep and loses one of them. Doesn't he leave the ninety-nine in the open country and go after the lost sheep until he finds it?" I want a pastor who cares for all and doesn't feel the need to insert his ego before extending compassion.

Ern again; After considering the reviewers second response, I've looked through names in Hills Church database (which has records of members and attendees that have registered for various events over the past 8 years, or have attended small groups, or served in the church) and have no record of an <name redacted> which any of our pastors or overseers have had difficult conversations with as you’ve described. Neither do our board members and non-staff overseers have knowledge of or recollection of anyone else within the church where conversations like this have occurred.

I assume this is either an alias name (unless there is somehow zero record of ever signing up for events, serving anywhere, or attended groups), or this is a fake review meant to cause harm. I did not say what I am being accused of saying, neither in word or implied. This reviewer clearly does not have relationship or knowledge of me, our leadership values, or beliefs at Hills Church. Furthermore, they have given no description of the nature of their grievance, dates of attendance, group leaders’ names, or specific accusations.

I will not respond further on a public platform, and stand by my endorsement of Hills Church, our leaders, and our values. - Ern Menocal