Evidence that Steve Morgan preached against tattoos at the 2013 Summer Conference in Carbondale, IL was scrubbed from Twitter 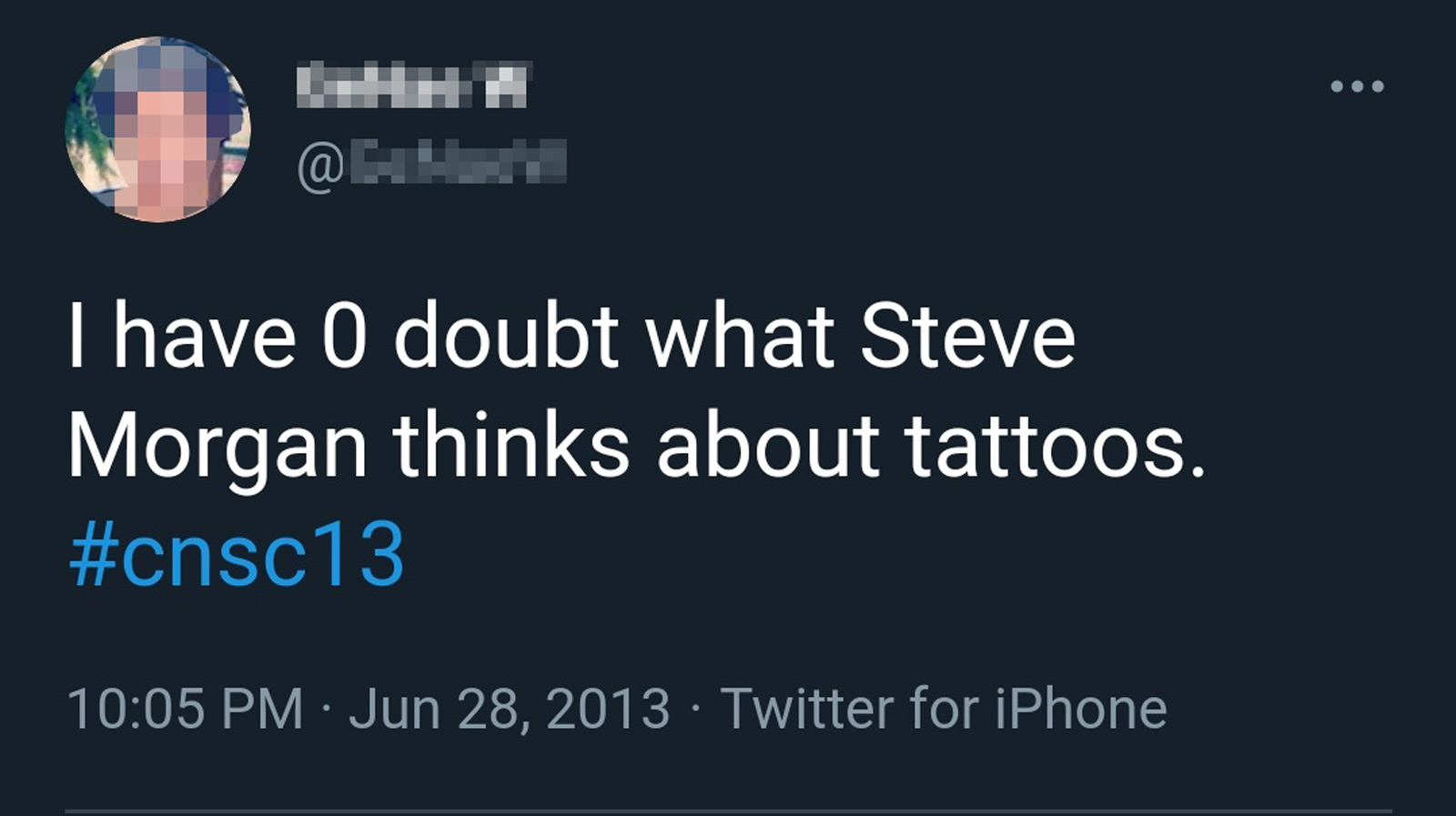 I HAVE 0 DOUBT WHAT STEVE MORGAN THINKS ABOUT TATTOOS. #cnsc13

This tweet by an attender including her observations about the content of one of Steve Morgan's teachings at the 2013 Summer Conference was scrubbed shortly after this site went live (August 14, 2021).  This Tweet was public for 8 years. We provide the image above for transparency.

At the 2013 Summer Conference in Carbondale, Illinois, Steve Morgan stated explicitly in his sermon that members of Network churches should not get tattoos. These statements were made at length and in unequivocal language such that an attender noted it on Twitter that evening. Many members of Network churches who had tattoos would wonder afterwards if they were welcome in the church. In private these members were told they were still welcome, but were discouraged from receiving further tattoos. No retraction was ever made publicly. Blue Sky would fund the removal of a staff member's supposedly "demonic" tattoo, and Steve's brother, Mike Morgan, would also have a very large tattoo removed at about this same time. These stories were held up by Steve as examples as what was expected of other members.

The Summer Conference where this was preached publicly to a large audience occurred in 2013, but Steve's stance on tattoos began to circulate in 2012. For this reason it appears in 2012 on the Network History timeline.

WHY DOES THIS MATTER?

This Tweet matters because it gives clear evidence that the leadership within The Network were public with at least one example of an alleged growing list of personal behaviors and actions which are not sin but were regulated or forbidden to members within The Network. We do not have written evidence of all the personal choices which The Network has allegedly regulated for its members, but this example is clear and verified by an attender of one of Steve Morgan's teachings.

You can read more examples of similar "Purity Tests" in our article "8 Signs of a Dysfunctional Church."

HISTORY OF THE NETWORK: Key milestones in the development of Steve Morgan's Network of churches